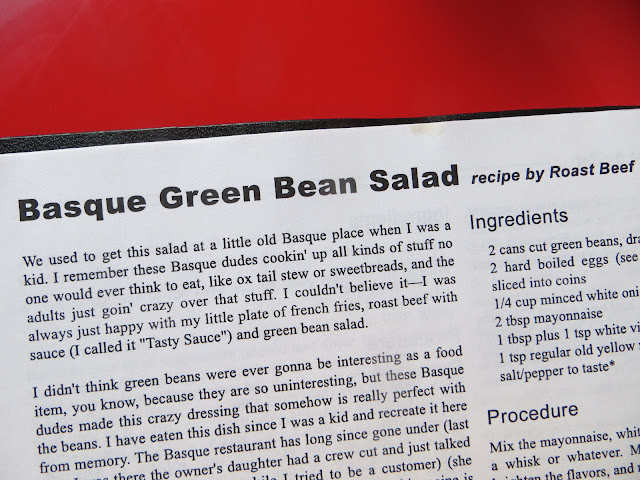 This recipe from the Achewood Cookbook seems too close to the disastrous Perfect Deviled Eggs Every Time, but I need to use up this mayo somehow. There's less vinegar in here, so while I'm not optimistic, I'm less pessimistic about this. The intro is also endearingly depressing. 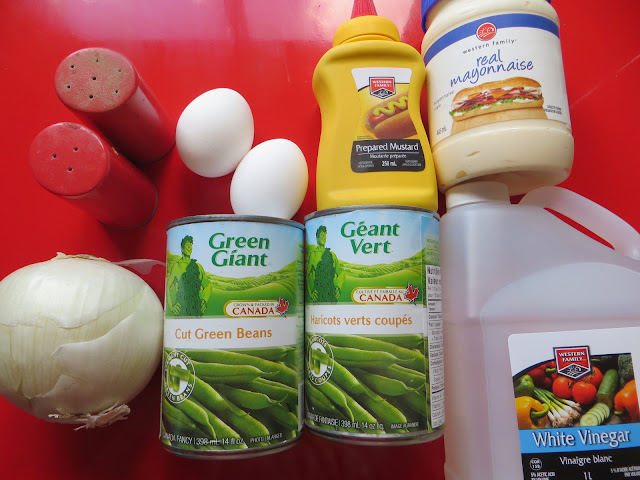 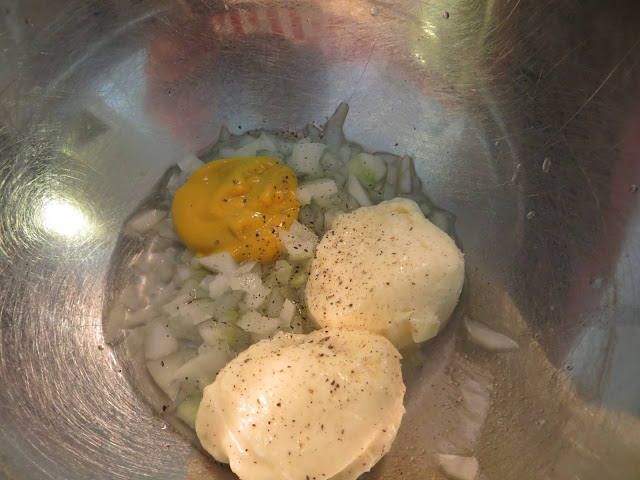 1. Mix the mayo, vinegar, mustard and onion with a whisk "or whatever", as the cookbook states, until smooth. Season to taste. So far it's basically a similar sauce as the deviled eggs, but with slightly less vinegar pong. 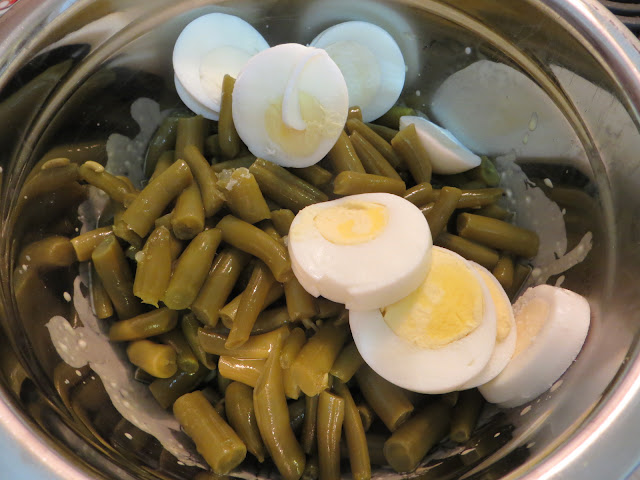 2. Drain the beans. Add beans and eggs to the mixture. Stir to coat. 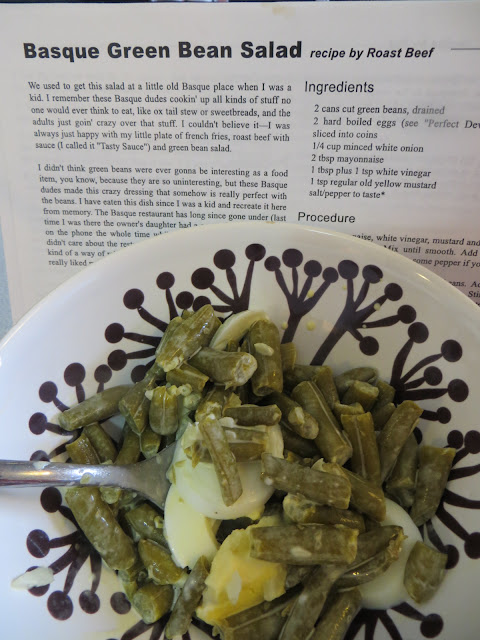 Well, it's not terrible, at least compared to the deviled eggs. It's still heavy on the vinegar and the flavour mix is a bit weird - it's a bit too sharp of a sauce to go with soft and flavourless canned green beans. This might be better with fresh or steamed green beans. They also don't ask you to refrigerate it first, so you get the flavours all too sharp and independent. The flavours gelled a bit better after some time in the fridge, but it's still not a particularly good dish. It's edible, but you get a feel that it's missing something to make it good.
Posted by Kate D at 18:08