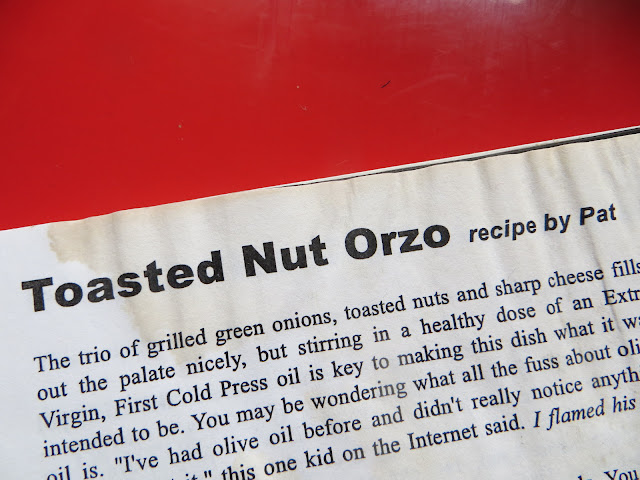 I'm starting to get a bit leery about the Achewood Cookbook, but at first sight, this recipe looks a bit more sophisticated than the others (it also looks like it's covered in a big stain from the time I spilled something on this cookbook). It starts with an in-character harangue about the quality of olive oil, but the recipe itself looks pretty straightforward and decent. 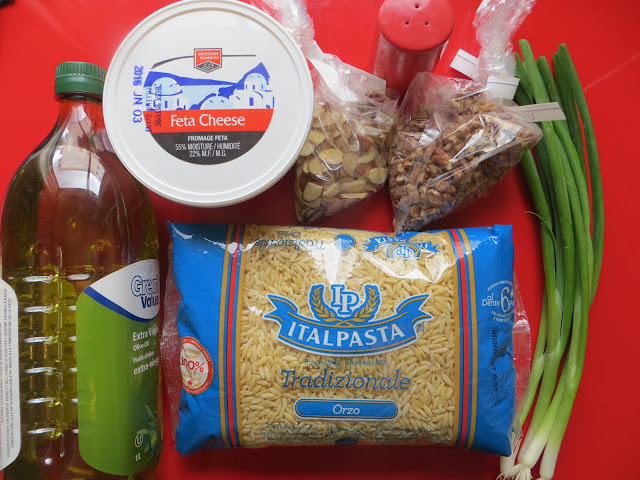 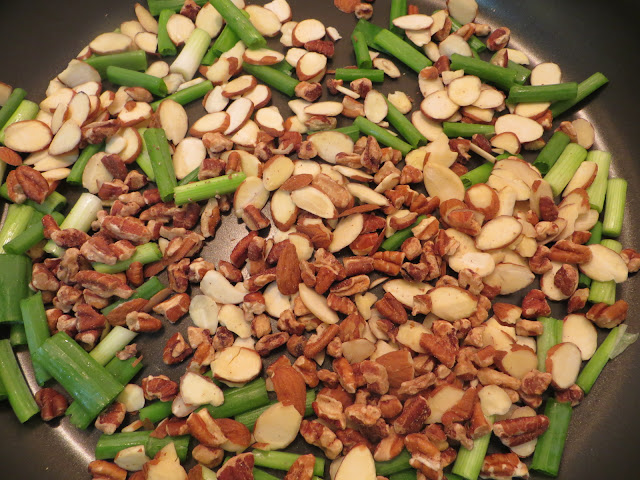 1. Boil up a pot of water for the orzo. While it comes to a boil, place the nuts and green onions in a dry pan on medium-high heat. Let them sit until they start warming through, then flip them every minute until they're fragrant and browned, but not blackened.


2. Remove the onions and nuts and chop roughly.

3. Salt the water and cook the orzo according to the package. When the orzo is cooked, drain and return to the pot.


4. Stir in the nuts and onion mix. Pour in "a couple glugs" of olive oil - the cookbook says at least 1/3 of a cup. Stir the oil in, add the cheese, and stir further. Serve on heated plates. 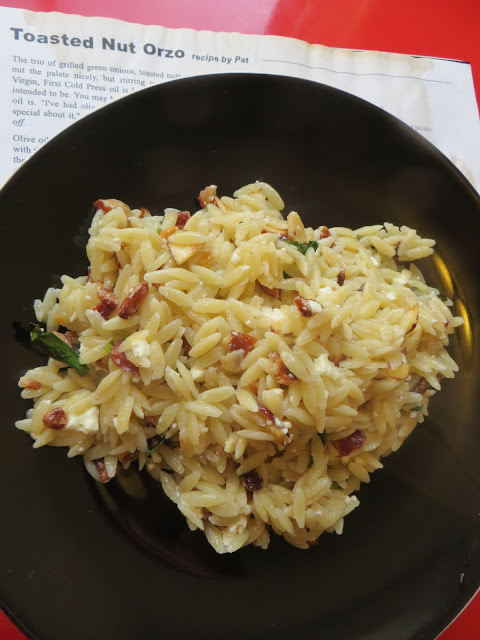 I had low hopes after some of the other dishes in this cookbook, but this is pretty good! The nuts add texture and a subtle flavour that goes with the sharp feta. The only catch is that with this much olive oil it gets a bit cloying by the end of it, but it's definitely a nice meal and definitely the best recipe from this cookbook so far.
Posted by Kate D at 16:00