The Outcome: The Veggie-Lover's Sriracha Cookbook

So, I've now tried five new recipes from The Veggie-Lover's Sriracha Cookbook. I tried to cook them as close to possible to the recipes, so here's the outcome. 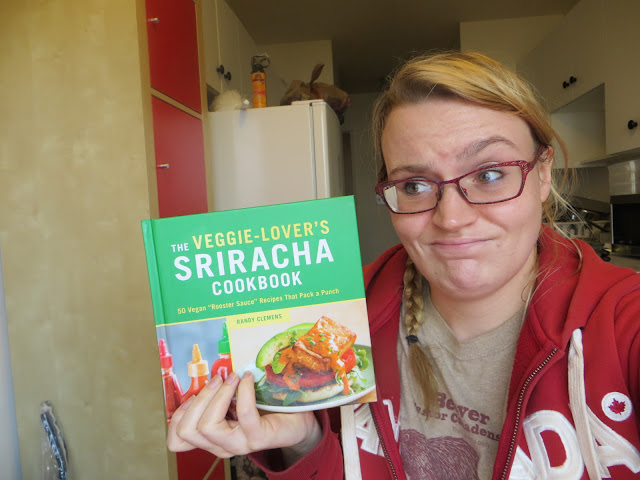 Ehh....hit and miss, I'll keep it unless I need space. I was a bit worried that the recipes would be trying to awkwardly shoehorn Sriracha into everything, but they actually all really incorporate it well. The problem here is the same problem a lot of other vegan cookbooks face - adapting non-vegan recipes and making them work. This was compounded by the fact that the recipes defaulted to gluten-free.

Dishes that are already inherently or technically vegan come out just fine: the minestrone soup turned out to be really tasty, as was the mango guacamole. The spicy margarita was also a pleasant surprise, it had just the right level of spice and some interesting flavours. Where it fell down was with the parsnip latkes and the peanut butter cookies - while the flavours were still really good, both had serious consistency issues. Some of these issues could have been solved with flour (it's marketed as a vegan cookbook, not a gluten free one) or other edits and changes to the recipe.

I'm going to hang onto it because the recipes I've tried for inherently vegan things seem to turn out pretty well - there are some good looking soups and dips in here - though since I'm not vegan, I'll skip a lot of the veganized recipes.