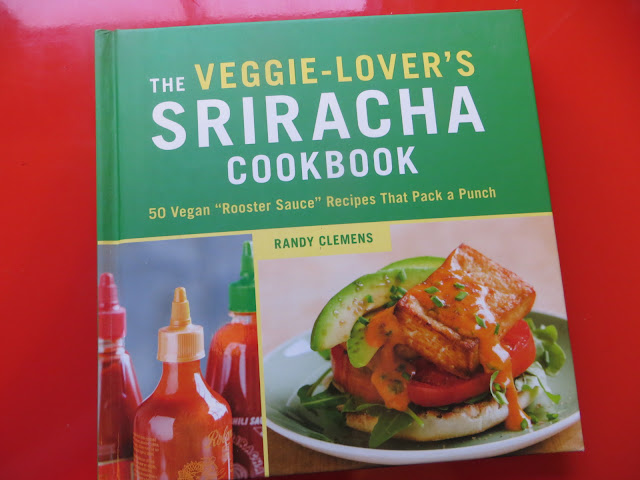 The Veggie-Lover's Sriracha Cookbook was a find from a used book store in Calgary - I only saw the word "Sriracha" and didn't realize it was a vegan cookbook until later. Apparently this is the sequel to a first, omnivorous, Sriracha-based cookbook. I know Sriracha is a bit overdone, it's passed the hipster phase and has ended up with bacon and Nutella on the list of "stuff the internet can't stop talking about", but I like Sriracha. I've got a great big bottle in my fridge and I'll put it in all kinds of things. It's not my only hot sauce, but it's a useful staple.


The recipes in here all look pretty good. The book is divided up into sauces/snacks, soups, salads/sides, breakfasts, main dishes, and of all things, desserts and drinks. Each of these recipes uses Sriracha to some extent, and it looks like there's a pretty broad variety of recipes in here. There are some recipes based off Korean and Vietnamese dishes, and it looks like they don't skimp on the spice. While the recipes are all vegan, some have suggested substitutes if you want to make it vegetarian or gluten free.

I've only made one recipe from this cookbook before, their Sriracha-Cucumber Hummus. It was pretty straightforward, turned out a little thick, but tasted really nice - just the right level of spice. I'm interested to try some of the odder dishes - especially the desserts and drinks!

The five recipes tested are: