Cod Curry [Cooking For One] 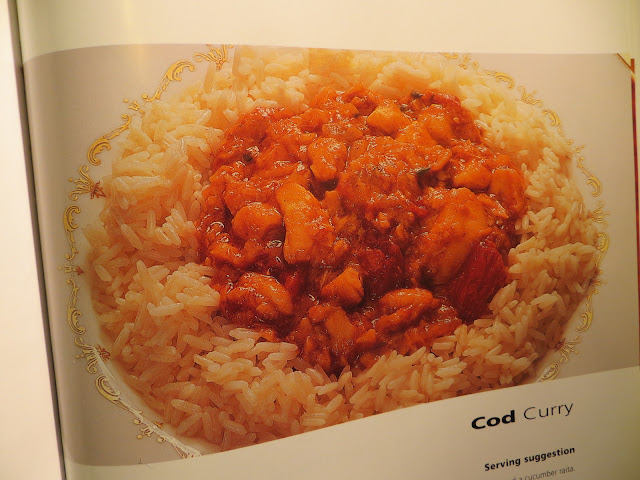 I figured I'd try another reasonably normal recipe from the Cooking For One cookbook before I burn my house down with the weird microwaved stuff. This looks like a pretty straightforward fish curry recipe, though the option of yogurt vs. canned tomatoes seems like it would produce two very different dishes. 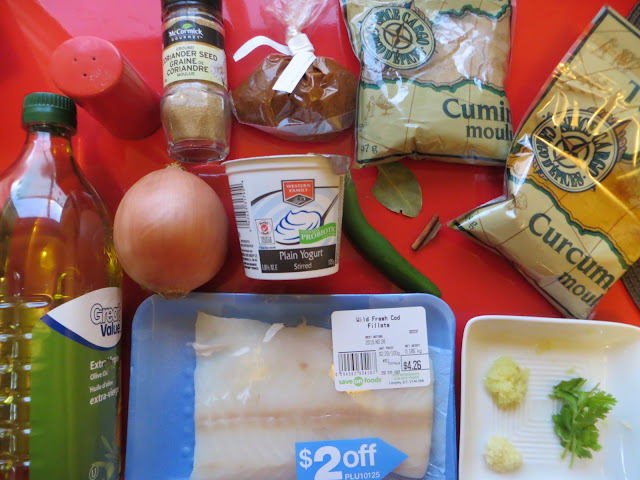 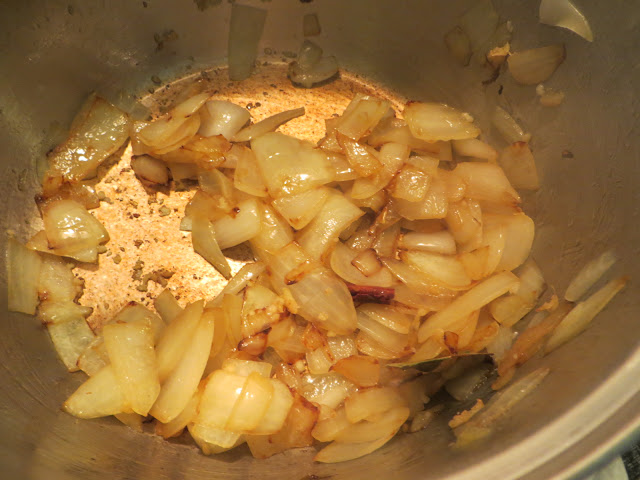 1. Heat the oil in a large saucepan and saute the onion until "golden brown". Add the cinnamon, bay leaf, ginger and garlic pastes, and cook for 1 minute, stirring constantly. Add the ground spices and stir for another minute. (At this point it's going to be very dry, so keep stirring so nothing burns.)

2. Add in the chili, cilantro, and either the tomatoes or the yogurt - and if you're using yogurt, also add 3 tbsp water. 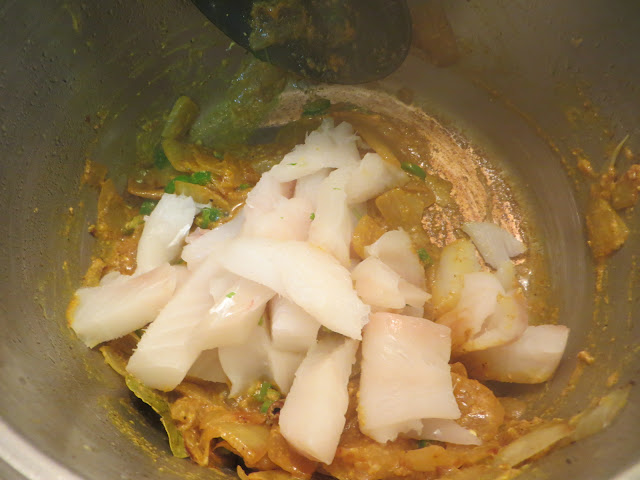 3. Add the cod and season with salt. Cover and simmer for 15-18 minutes. It does seem dry in the pan, but a sauce does start to form after a bit, but this recipe does seem a bit touch-and-go, I stood ready with a bit of water in case it started burning. 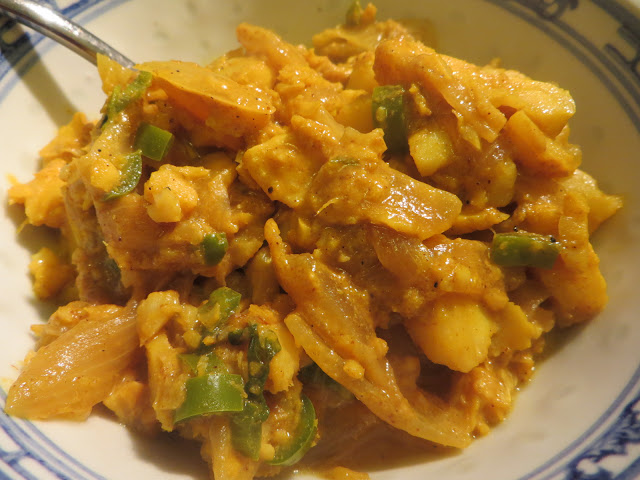 It's not a bad curry, but it's not amazing. The cod flakes apart at this point and is completely overwhelmed by the spices, so you mainly feel like you're eating an onion curry. The addition of cinnamon is interesting, it adds a bit of complexity, and using a serrano pepper gave it a nice bit of kick (they also didn't make me de-seed the pepper to strip its potency away, thankfully). However, while it's not terrible, it didn't make me go "wow". I wonder if works better with the tomatoes instead of the yogurt?
Posted by Kate D at 19:03