Exotic Potato Pudding [Cooking For One] 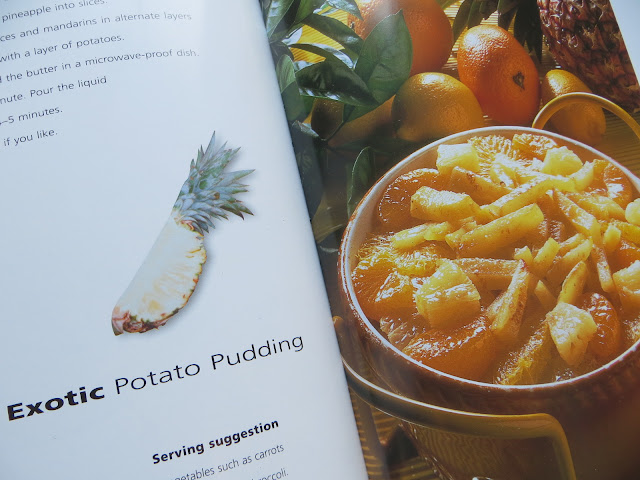 Oh yeah, time to get into the weird stuff. Pineapple + oranges + potato. Yes, potato. I apparently this isn't meant to be a dessert either - it's in the "vegetarian meal" section of the Cooking For One cookbook. It's also partially cooked in the microwave, and oddly for this cookbook, makes more than just one portion. 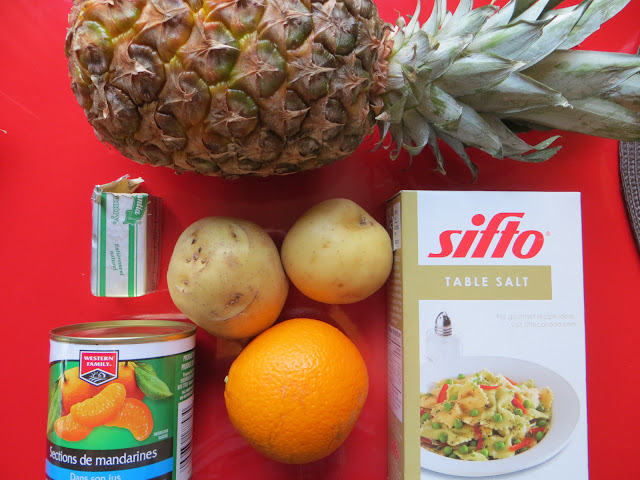 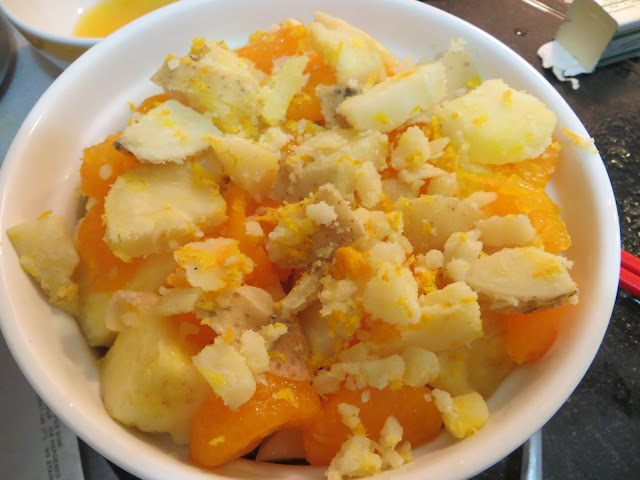 1. Cut the potatoes into thin strips, sprinkle with the orange rind, and mix. Slice the orange and pineapple. Layer the potatoes, orange, pineapple, and mandarins in a greased microwaveable dish, top with a layer of potatoes. The potatoes are going to get a bit crumbly because, well, cooked potatoes. 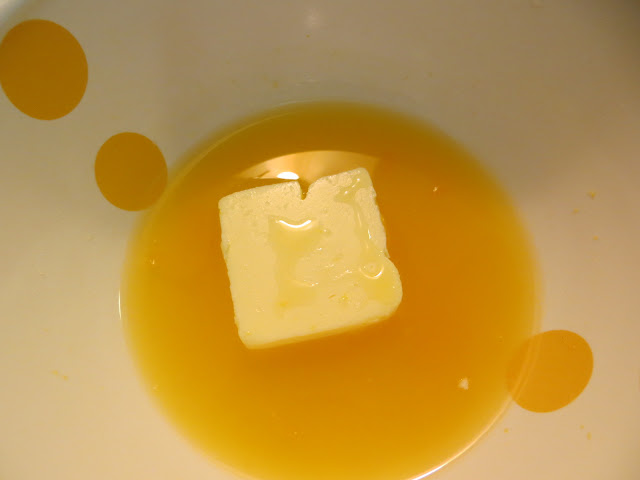 2. Put the mandarin juice, butter, and a dash of salt in a bowl and microwave on high for 1 minute. Pour over the potatoes. 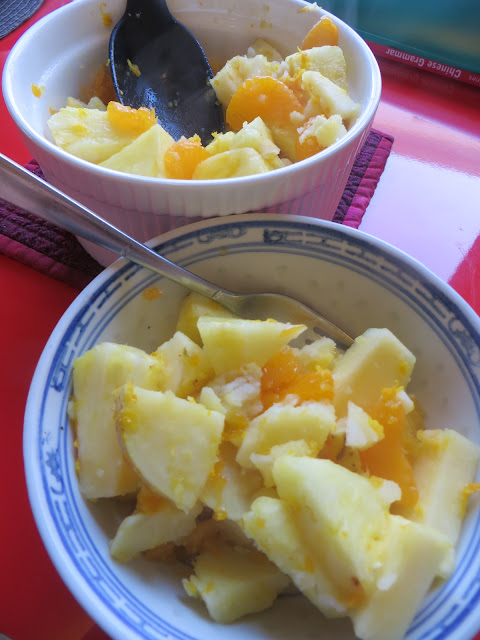 What the hell am I eating? It doesn't taste bad per se, but it's very, very weird. It's warm citrus and pineapple, but then suddenly there's a piece of potato. The weirdness is compounded since there aren't any spices in here, it's just fruit and potato. The good news is potato is such a neutral flavour, so it's more just weird than bad. I think I'm having some kind of dissonance with this, because I did eat seconds of this, but I still can't really wrap my head around it.
Posted by Kate D at 13:43