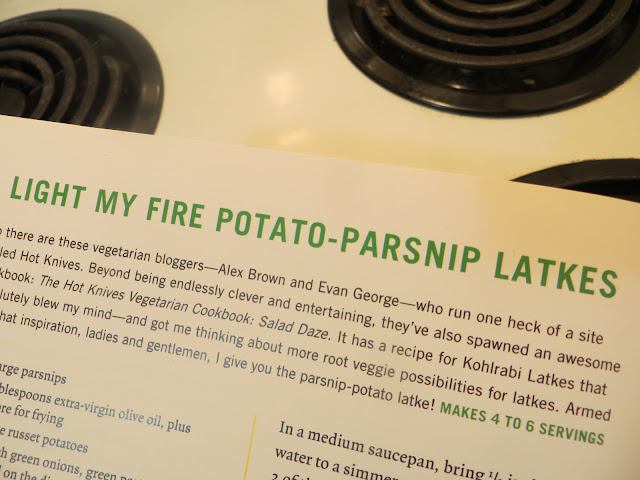 I figured I'd pick a recipe from the vegan Sriracha cookbook that's a bit more seasonal - something containing one of my favourite root veggies - parsnips! At first glance, this latke recipe is a bit different - the normal use of egg and flour to hold the potato together has been swapped for mashed parsnip. While it looks good on paper, we'll have to see if the texture holds itself together. 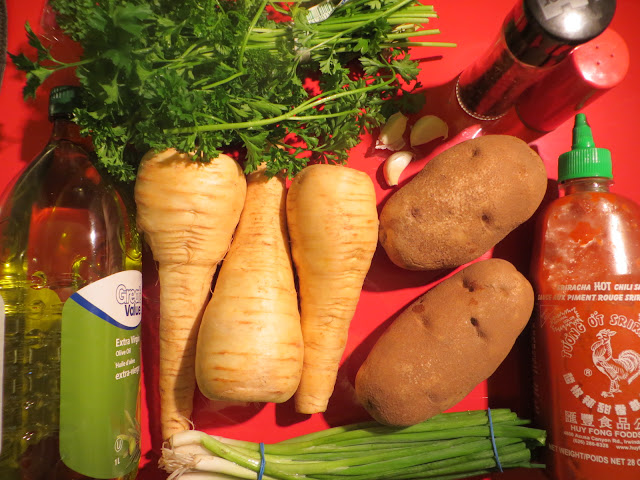 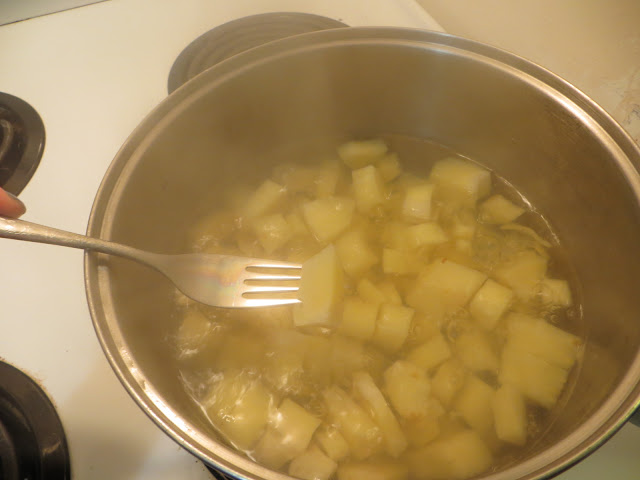 1. Bring 1/2 inch of water (an oddly specific amount for this) to a simmer over medium. Dice two of the parsnips (the cookbook doesn't specific if you peel them or not, but parsnips can be kinda grubby and hairy, so I took that as unspoken) and simmer in the water for five minutes, until fork-tender.


2. Drain the parsnips and pat dry with a clean towel or paper towel. What the cookbook does not mention is that these parsnips will still be incredibly hot, so good luck if you use a paper towel. Put the parsnips in a blender and while the blender is running, dribble in the 2 tbsp of olive oil, processing until smooth. The blender will goop up at this, but fortunately scraping down the sides with a spatula helps blend the mashed parsnips as well as the blades do.

3. Since this recipe makes several batches of latkes, the cookbook recommends you preheat your oven to 200F and put a wire rack on a tray or a foil lined baking sheet in the oven to transfer your latkes to as you cook them in order to keep them warm. I did do this step, but since I'm just cooking for myself and planning to refrigerate the leftovers, it's wasn't super necessary for me.


4. Peel and grate the remaining parsnip and the potatoes. Squeeze the grated roots by hand in a strainer over the sink to press out as much water as possible. 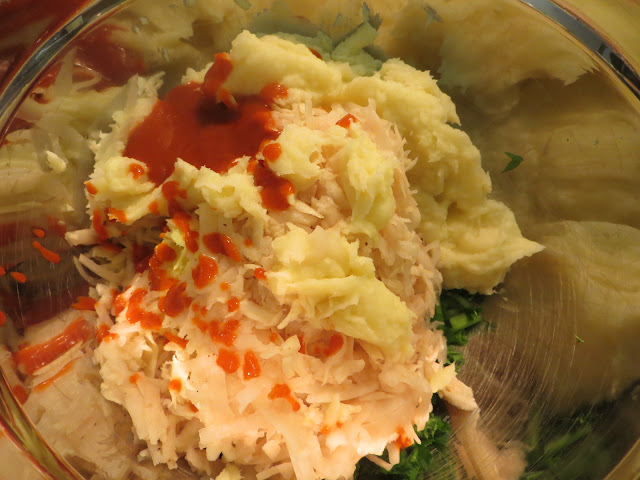 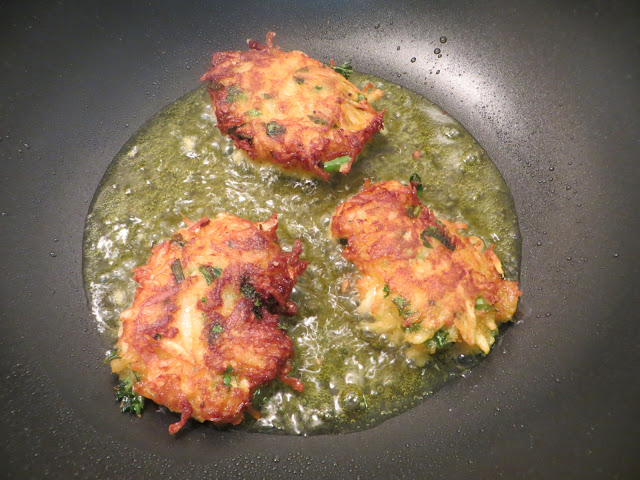 6. Heat about 1/4 inch oil in a large skillet to a high heat. Take about 1/4 cup of mixture and form it into flat patties about 1/2 inch thick. Fry in the oil for 4 minutes each side, until crisp and dark brown. Keep warm in the oven as you fry more batches. The cookbook doesn't mention it, but you likely will have to add more oil between batches.


Man, I don't know. Hot out the pan, the taste is pretty good. There is a distinct parsnip flavour that goes well with the Sriracha. However, the consistency is a bit off - the mashed parsnip doesn't hold it together as well as it should, and despite the high heat and the straining, these are soggier and oilier than normal latkes. I'm havering about these - I like the idea of parsnip and Sriracha latkes. I would probably remake these with egg and flour added - unfortunately the egg destroys the whole vegan intention of this recipe.
Posted by Kate D at 22:53