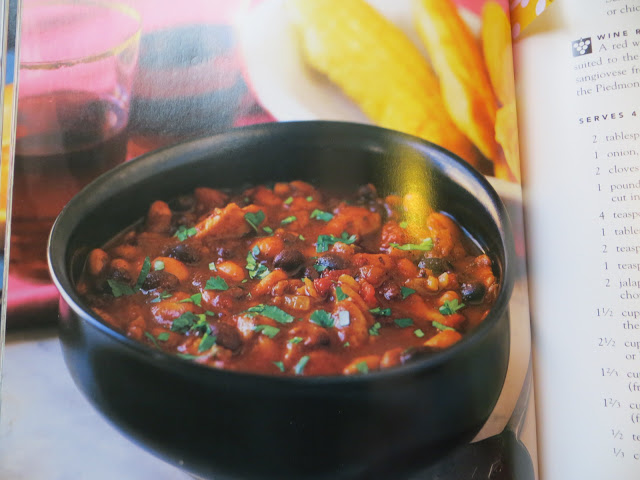 I had originally wanted to make this cookbook's Groundnut Stew recipe but for the life of me couldn't find any okra, fresh or frozen, so I flipped the page and came to their Spicy Chicken Chili recipe. I love spicy food, usually peel-your-face off, but my gut instinct is that a recipe from the 90s isn't going to have any punch to it. 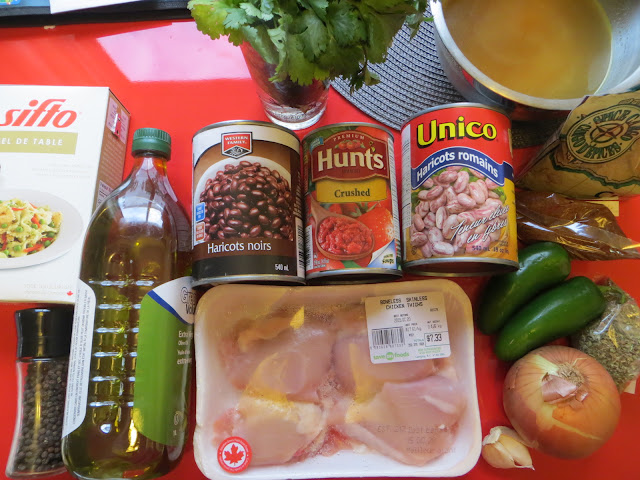 1. In a large saucepan, heat the oil over moderately low heat. Sautee the onion and garlic until they start to soften, about 3 minutes. 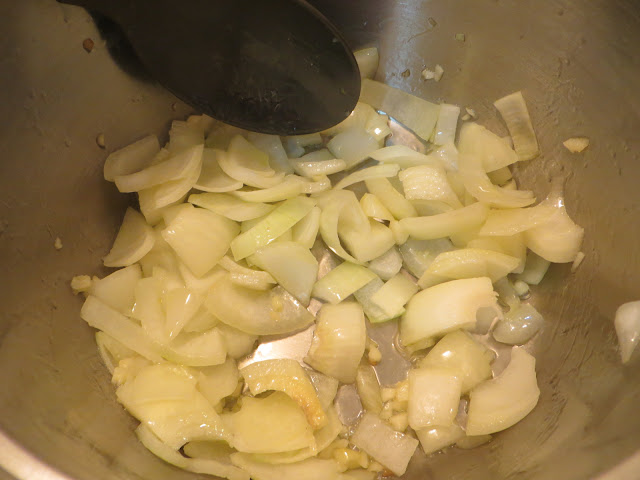 2. Increase heat to medium, add chicken, cook until no longer pink, about 2 minutes. 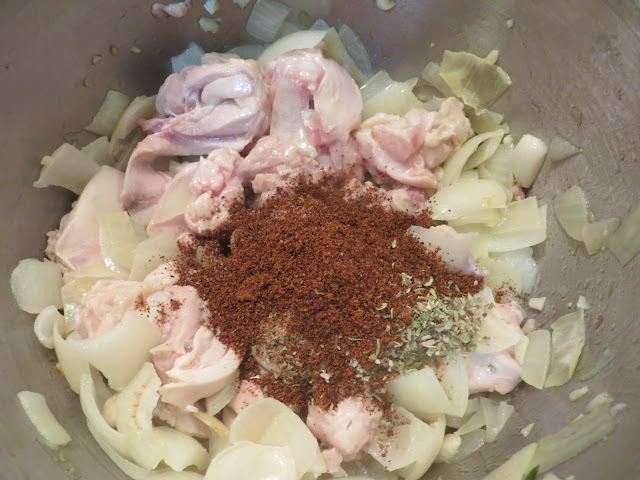 3. Stir in the chili powder, cumin, oregano, and salt, then the jalapenos, tomatoes, and broth. Bring to a boil, reduce heat, cover, and simmer for 15 minutes. 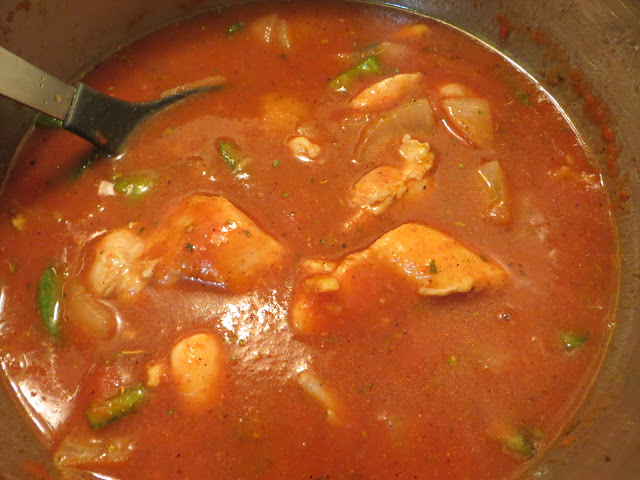 4. Stir in beans and pepper, simmer uncovered for another 15 minutes. Top with cilantro. 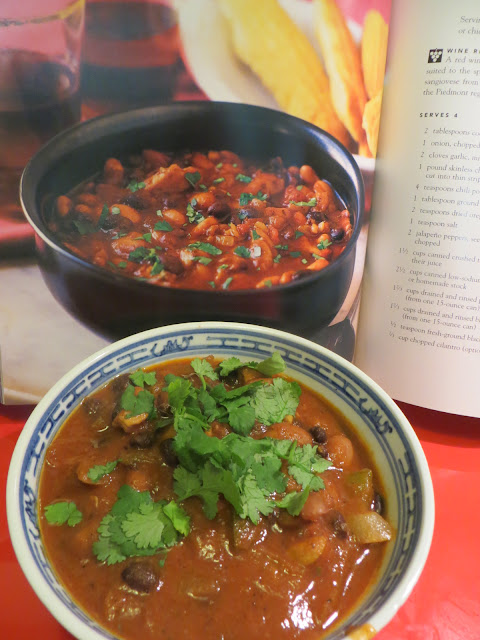 Unsurprisingly, this is not spicy. Like, not even a detectable tingle. The other spices are a bit light too, so the tomato flavour is much more dominant than in most chilies. It also has a much soupier consistency. If I was to remake this, I would cut it down to 2 cups of broth, at least an extra tsp or two of cumin, and just go hog wild with the chili powder. It's not bad, it's warm and hearty and easy to make, but it doesn't have zing. I'm going to reheat some of the leftovers later and add some ghost pepper sauce that I have in my fridge - that'll pick it right up!
Posted by Kate D at 20:21