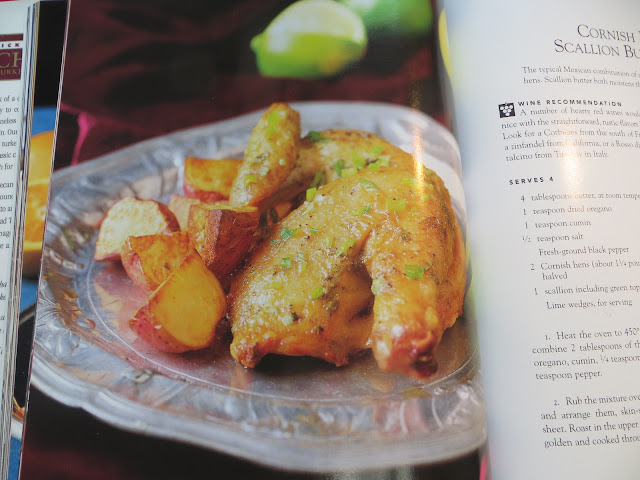 The question about this recipe is: did I fuck up or did the cookbook fuck up? The answer is kinda both, but while this second kitchen-tested recipe from the Quick From Scratch Chicken, Turkey & Cornish Hens cookbook wasn't a smashing success, it wasn't a complete disaster either.

The first problem I had was just getting cornish hens - I made the mistake of looking for them the day after (Canadian) Thanksgiving. Three grocery stores were plum out and the local butcher was closed. I managed to wrangle a pair of birds today, and reasonably successfully defrosted them with cold water. The combination of cumin, oregano, and lime really spoke to me in this recipe - they call it a "typical Mexican combination" in the cookbook, though I don't know if this is strictly a Mexican recipe. 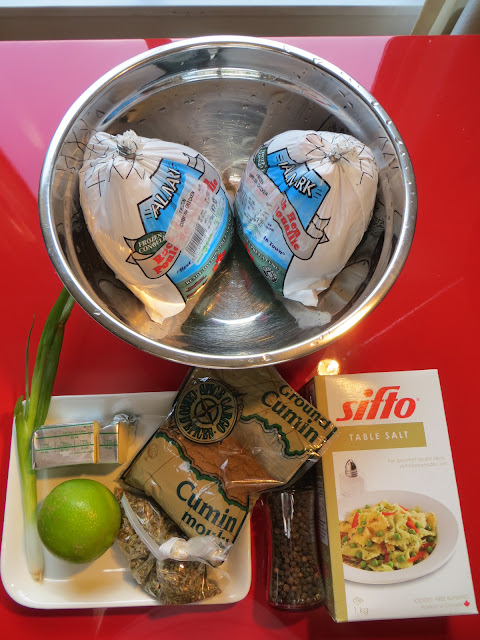 1. Heat the oven to 450 F. Combine 2 tbsp of the butter with the oregano, cumin, 1/4 tsp salt, and 1/4 tsp pepper. As in the Russian-Style Chicken Cutlets recipe, I would have preferred softened butter - maybe what counts as "room temperature" for a Canadian who keeps her house cold is a lot colder than this American cookbook thinks. 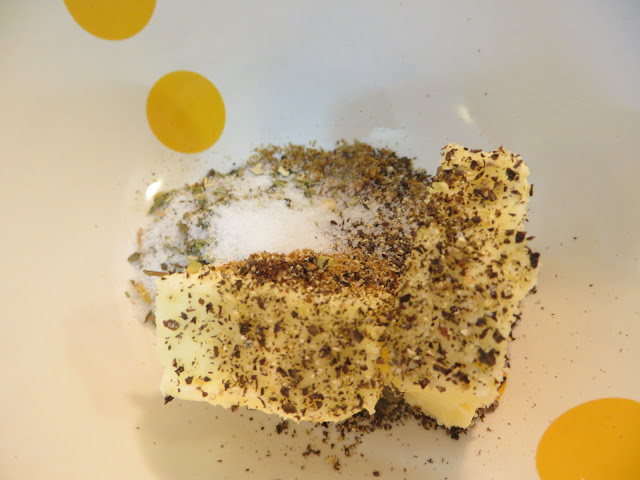 2. Rub the mixture on the skin of the hens and arrange them skin side up on a baking sheet. This is where two problems became apparent. The first was that the room temperature butter was so thick it sat like lumps on top of the hens and was impossible to rub over them. The second was my own problem - I just moved into a new place and it seems the baking sheets are too big for my new oven. I switched to a pyrex dish, which meant the hens had to sit more like they were whole and upright instead of spread out.


3. The cookbook says to roast them in the upper third of the oven for 20 minutes, but even if they were spread out, that seems way too short. With them folded back together it took more like 45 minutes. I'd go for using a meat thermometer to test for doneness above what the cookbook says.


4. Combine 2 tbsp butter with the scallion, 1/4 tsp salt, 1/8 tsp pepper. Top the roasted hens with the butter and serve with lime. 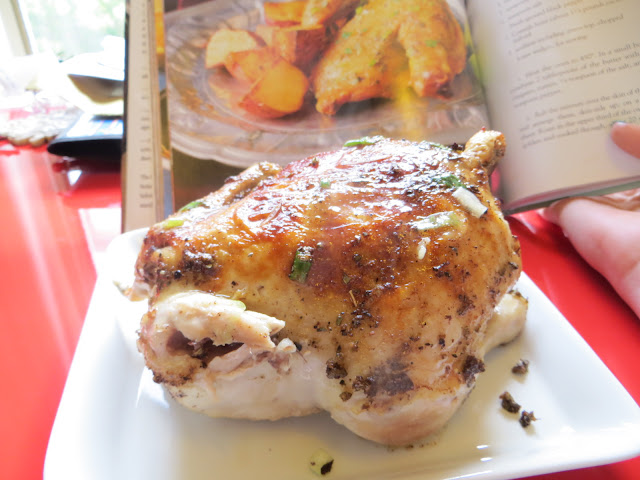 I don't know, I had to edit and substitute enough on this recipe that it's hard to nail it down. The combination of the cumin, lime, scallion, and oregano is really tasty - but you do need to baste the hens after the butter has melted or else you'll end up with dobs of concentrated spice. It's the second butter-heavy recipe from this cookbook, and while that much butter is delicious, I'm just two recipes in and already feeling greasy. I think the final verdict is that it was tasty, but it didn't justify the effort and hassle that went into it.
Posted by Kate D at 22:38