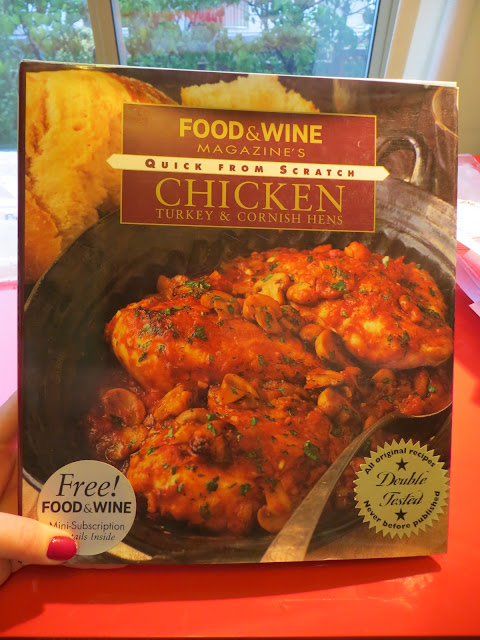 Up first comes from a great big pile of old cookbooks my mother gave me: Food & Wine Magazine's Quick from Scratch Chicken, Turkey & Cornish Hens. This is a pretty old edition, published in 1997. The title is a bit confusing, because the dust jacket calls the book "Chicken, Turkey & Cornish Hens", while the inside and the publishing details call it "Chicken and Other Birds". No idea why this is, but I'll stick with the dust jacket. 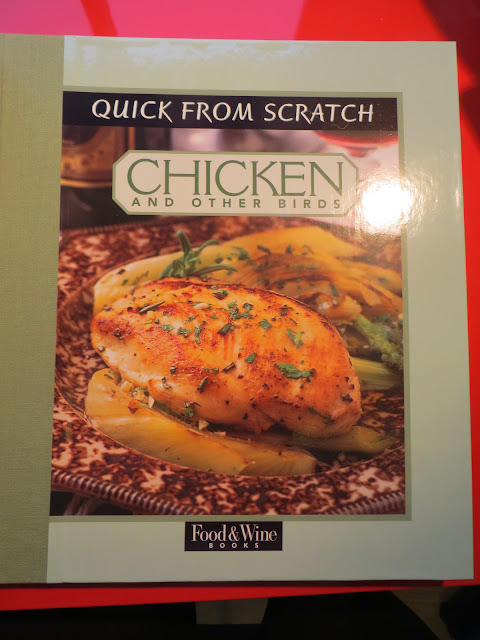 But yes, that's what this cookbook is - it's mainly chicken recipes, with a handful of turkey and cornish hen dishes mixed in. The book is split into types of meals instead of by bird, with chapters on stir-fires, roasted/baked/grilled birds, soups and curries, pastas and grains, and salads and sandwiches. It seems to be exclusively focused on main courses - there are no appetizers and the soups and salads look all entree sized.

I've never cooked from this book before, and flipping through, there's nothing that jumps out as something my mom has made, so it's all new to me. The pictures are professional, and there's full page shots of each dish, but there's something that I can't put my finger on that makes them seem a little dated. I think food photography has gotten a bit more stark and bright in the past 20 years, and these pictures are more lush and warm. 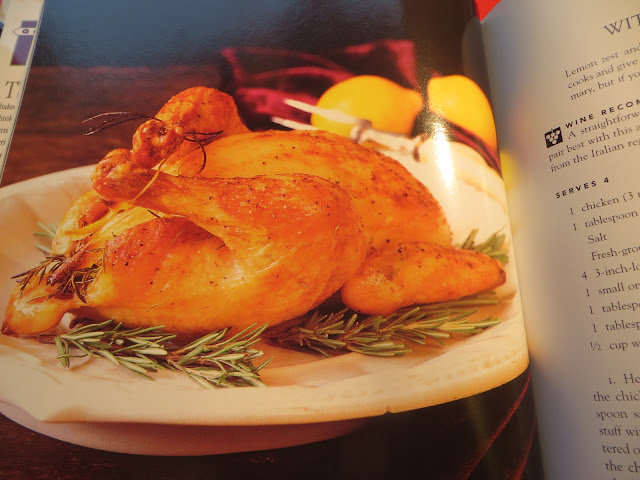 I looked over a few of the recipes, and they seem pretty straightforward at first glance. They have a pretty wide variety of flavours, including recipes using Chinese, Russian, Indian, Thai, and African elements. The recipes seem to have been moderately whitewashed and toned down, but I've seen a lot worse - these ones do at least include spices. 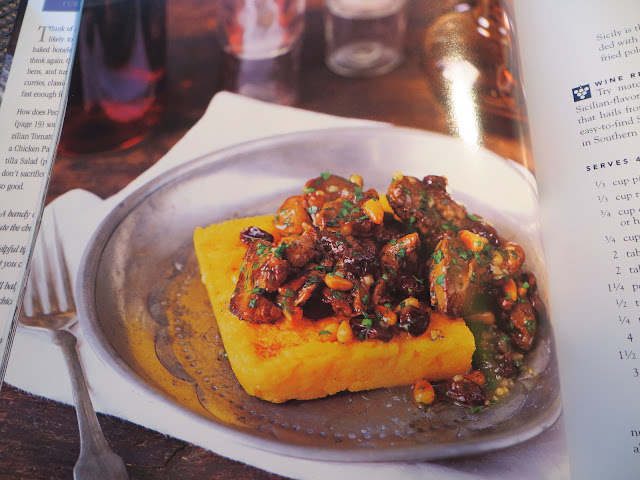 Each recipe also includes suggestions for accompaniments as well as variations, and charmingly, wine recommendations. The wine recommendations are thorough, but some might be a bit too specific - I'm not likely to find rieslings from Finger Lakes in New York at my local government liquor store.

A nice bonus - they also include pages on basic chicken cooking methods, like how to roast a whole chicken, what parts to substitute, and a slightly pretentious Essential Ingredient Information section: "Mustard: When we call for mustard, we mean Dijon or grainy. We never, ever mean yellow ballpark mustard." Lah de dah!

The sticker on the front says "Double Tested" and they mention their test-kitchen frequently, so going in I have reasonably high hopes for this cookbook.

The five recipes tested are:
And the verdict is...