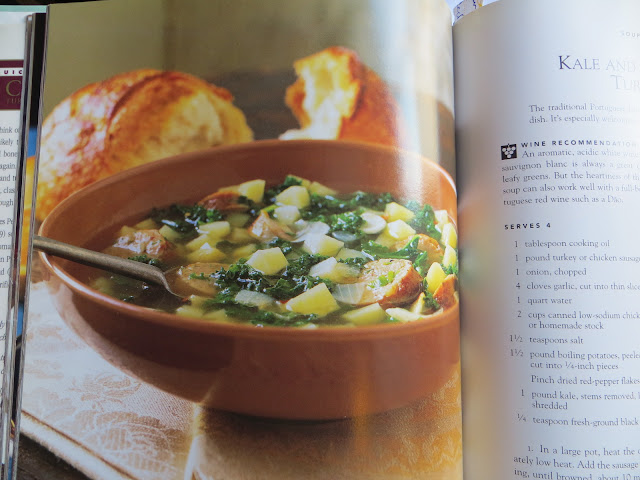 The final recipe from Quick from Scratch's poultry cookbook! I finally got a turkey recipe in - this kale, potato, and turkey sausage soup - it's really hard to find turkey outside of Thanksgiving, but I found what I was looking for. I was originally going to do a different turkey sausage recipe, but it included grits, which are almost impossible to find in Canada - they're just not eaten here. But out here is kale country - between the frost-free winters and the general hippiness of Victoria - there's always huge amounts of locally grown kale. This recipe is basically caldo verde, a traditional Portuguese soup, just with turkey sausage instead of Portuguese sausage. 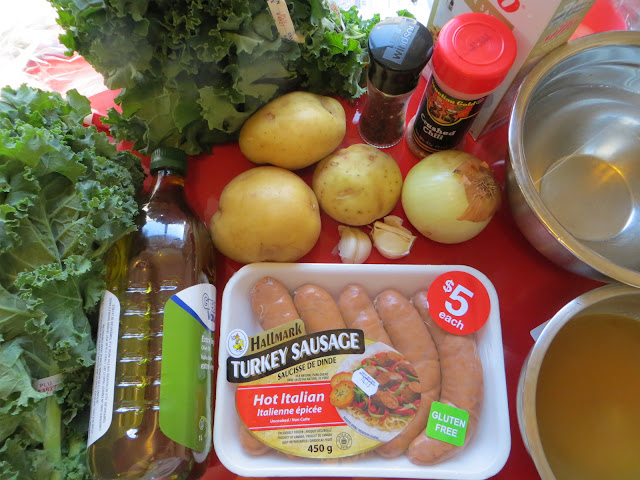 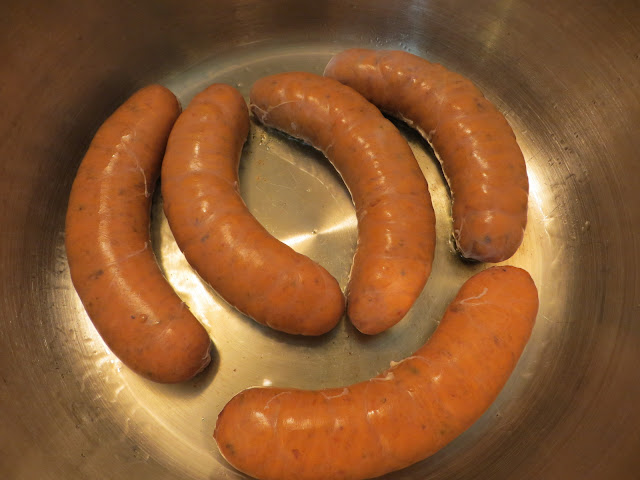 1. In a large pot, heat the oil over a moderately low heat. Add the sausage and cook, turning, until browned - about 10 minutes. This turned out to be not enough time to cook the sausages completely - they were still raw in the centre. However, they do get boiled later.

2. Remove the sausages and let cool. Once you can handle them, cut them into slices. The recipe says to pour off all but 1 tbsp of fat, but these sausages didn't really release any - there was still the original tbsp of oil and that was about it.

3. Add the onion to the pot and cook, stirring occasionally, until it's translucent - 5 minutes. Add the garlic and cook for 1 minute more. Add the water, broth, and salt and bring the soup to a boil.

4. Add the sausage, potatoes, pepper flakes, and bring back to a simmer. Cook, partially covered for 2 minutes.


5. Add the kale (it DOES boil down!) and bring back to a boil. Simmer, partially covered, until potatoes are cooked, about 6 minutes. Add the black pepper. 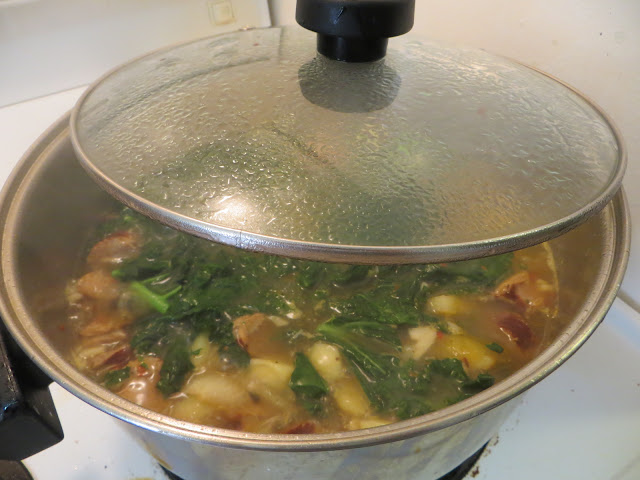 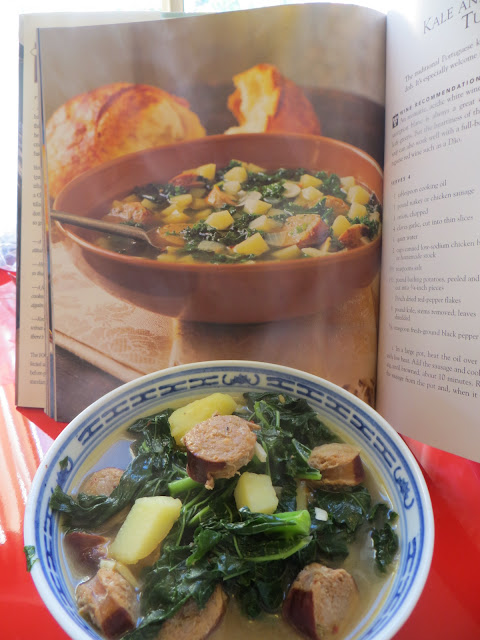 This is probably the first one that looks close to the cookbook picture. It's pretty tasty! The sausages cooked up just fine in the soup, and the flavours are basic but work well. I'm glad I did the not-quite-substitute of using spicy turkey sausage and being generous on my pinch of chili pepper - if I made it again I would probably put 2 tbsp at least of the chilies into the soup - not enough to make it "spicy", but enough to give it a slight zip. It's a pretty hearty and straightforward recipe and makes a ton of soup.
Posted by Kate D at 18:20