Cookbook Crusher: Recipes for a Lady or a Man: The Achewood Cookbook 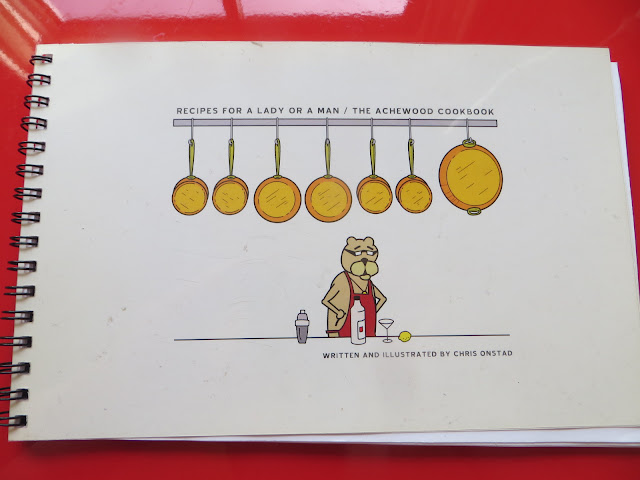 This cookbook is a bit obscure, unless you're a webcomics fan. And if you are, you're probably asking yourself "when was there an Achewood cookbook?" Achewood was an absolutely astounding and quietly mad comic by Chris Onstad that has petered out into a quiet death. The cookbook came out in 2003 on a limited run, and I snagged one because I loved the comic. It was a one-off run and they're long out of print, so I'm sure there probably aren't too many of these kicking around. I can't seem to find it for sale online. 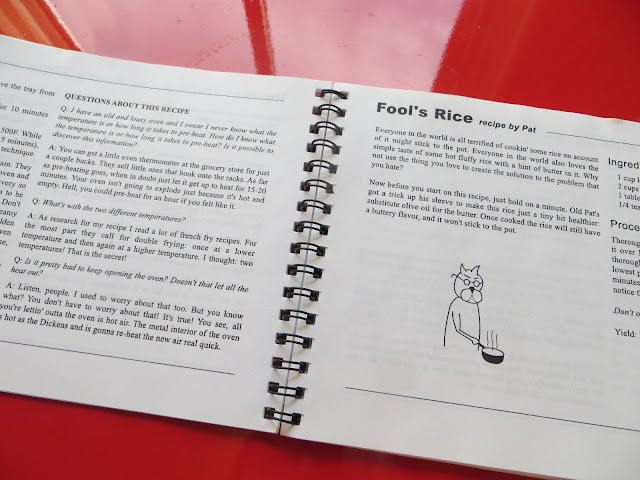 This cookbook is written as if it was by the characters, with great in-character commentary. It has a mix of recipes - there are a few drinks, appetizers, and main courses, and it has been carefully crafted to seem like the author solicited these recipes from the characters - the recipes by Philippe, who is five, have the exact corrections and interruptions as if an adult was helping a particularly creative five year old explain a recipe.


The recipes are also largely meant to be on the "low brow" scale - one character, Téodor, who has aspirations to be a chef, complains that the author wanted "practical recipes for people who had a limited budget, limited grocery resources and the hand-me-down kitchen equipment of a 22-year-old bachelor". The recipes range from martinis and T-bone steak to the heart-wrenching "Childhood Sandwich" from Roast Beef, who grew up in poverty and depression.


I have tried a few recipes from this (you can tell, because I clearly at some point spilled something right smack onto the cookbook). I know the Brined Pork Tenderloin and the Flavor Burgers turn out solidly, but not spectacularly. "A Meditation on Home Fries" does produce tender and flavourful fries. I'm going to try new recipes - ones I haven't tried yet.

However, I may have just hit some of the better recipes, since there is a caveat in the foreword: "These recipes are for real. They are not fancy, they are not visually appealing, and in many case they are not even good. One of the recipes in this book is actually impossible. So happy cooking, everyone. Let me know if any of these work, and maybe I'll try them."