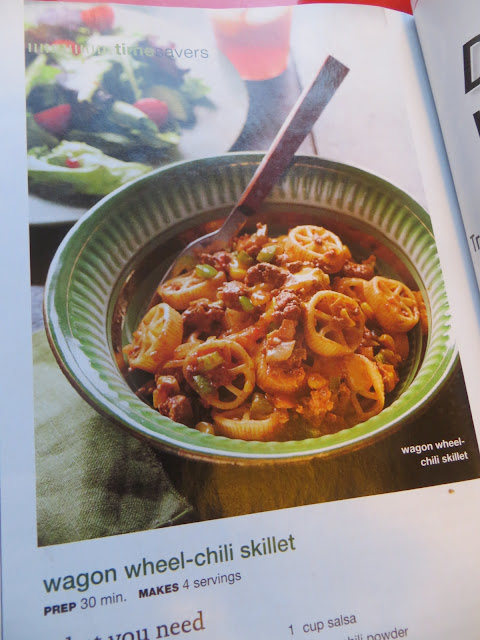 Ok, I had to make a substitution with this recipe from Kraft's 2012 What's Cooking edition, and while it makes no difference in terms of how the recipe comes together, it does make the name of the recipe moot. Let's just pretend the "wagon wheel" refers to the "quasi-western" flavours, and not for the pasta shape.

1. Cook the pasta as directed, but without salt. 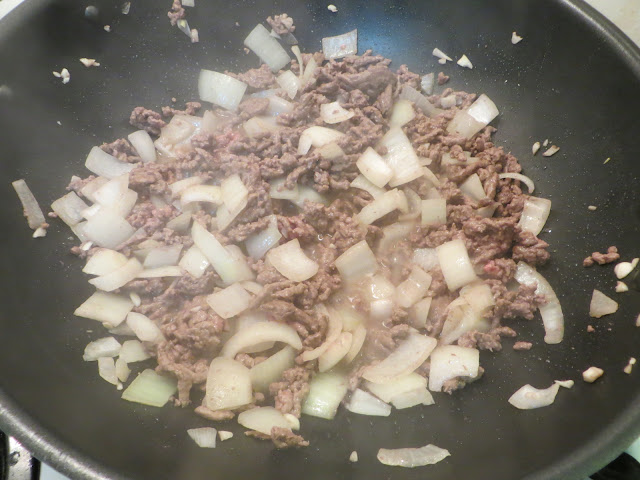 2. Brown the meat, onions, and garlic in a large skillet on medium. 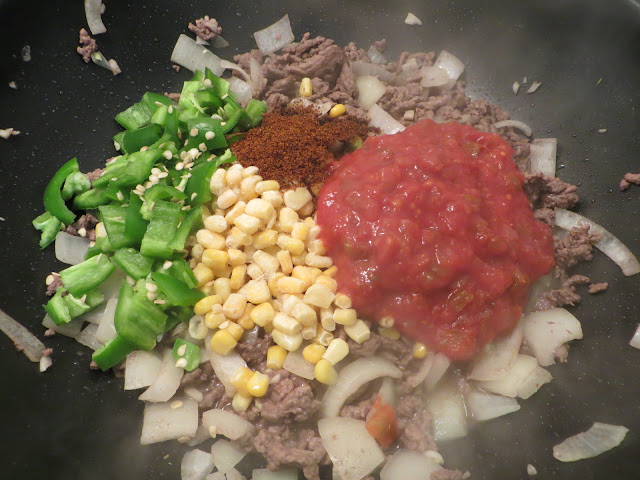 3. Stir in the pepper (the recipe says "peppers" but there's only one?), corn, salsa, and chili powder. Bring to a boil, cover, simmer on medium-low for 10 mins, stirring occasionally.

4. Remove from heat, stir in the Cheez Whiz (which is laughably called "cheese" in the recipe) until melted. Stir in the pasta. 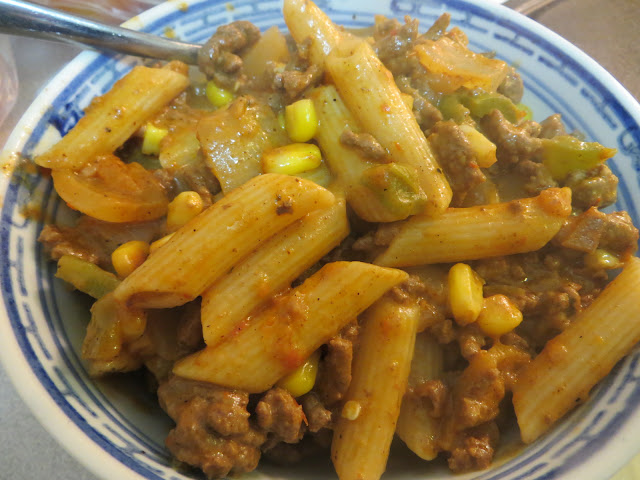 This is definitely pretty good - it's warm and filling, very hearty for the winter. However, it feels like it's missing something, something to make it really zing. It's not very spicy, despite using hot salsa (the recipe is specifically meant for the larger Canadian market, so that's not surprising). I should have grabbed a Serrano for my "green pepper". I can't really put my finger on what this recipe needs - something to offset the very slight cloying touch of Cheez Whiz. It's still pretty tasty, though, and it seems like the kind of thing that would go down really well at a potluck or with children.
Posted by Kate D at 18:47