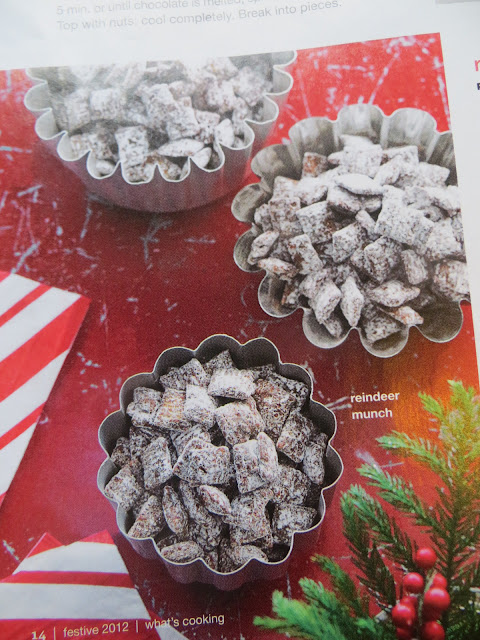 This is apparently the "holiday name" for a snack called "puppy chow" that's really popular in the States. All the elements seem pretty sound, but this is the first recipe from this edition of Kraft's What's Cooking that didn't really follow through. Let's just say, eight cups is a lot of cereal. 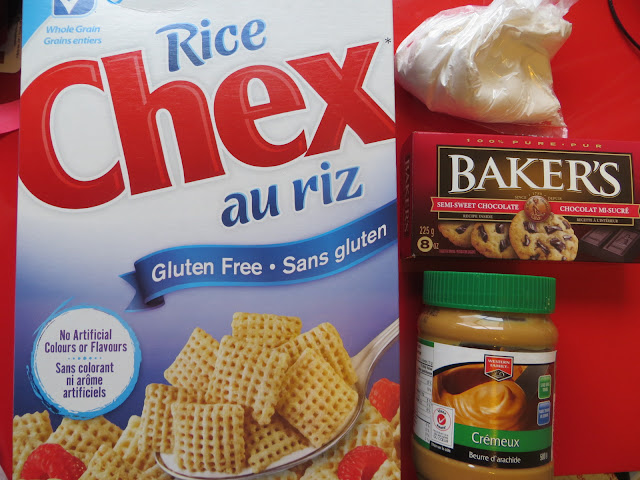 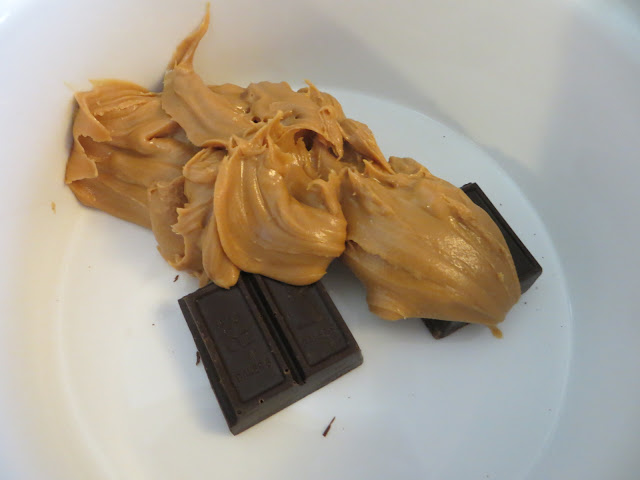 1. In a large, microwaveable bowl, nuke the peanut butter and chocolate on medium for 2 minutes. Stir until blended.

2. Add the cereal and toss to coat. Here's where the problem comes in for this recipe - 8 cups is a massive amount of cereal, and there's just not enough chocolate/peanut butter mix to coat everything completely. 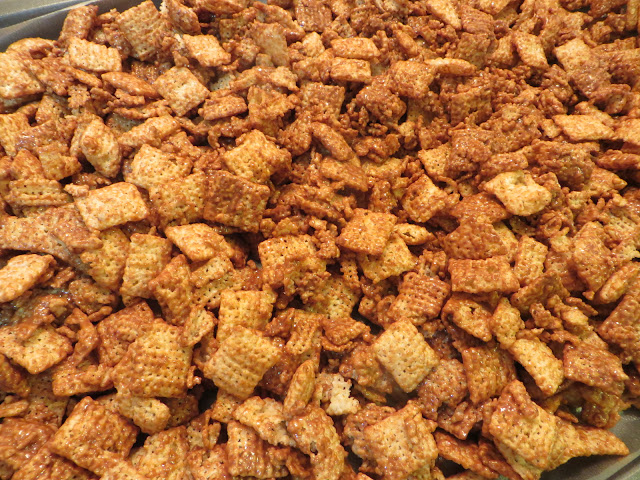 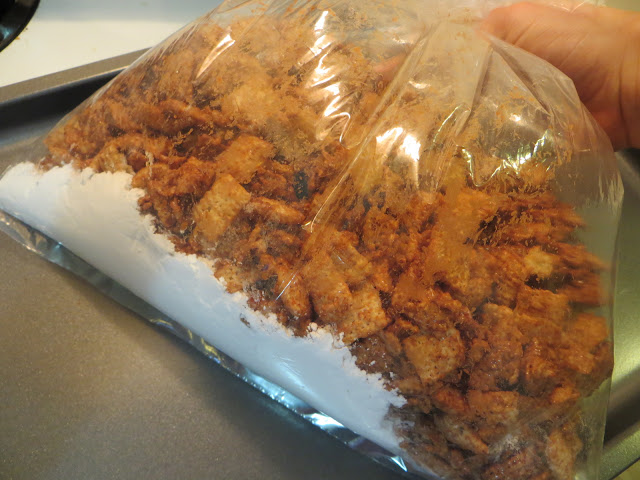 4. Place in a large resealable plastic bag or paper bag with the icing sugar. Close the bag and shake to coat. 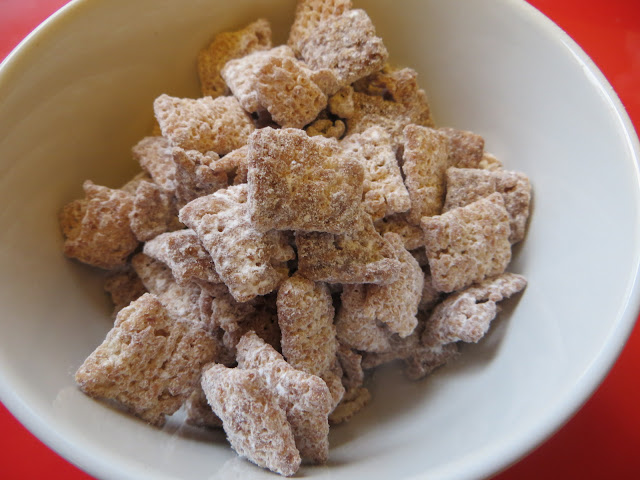 The picture in the cookbook shows cereal that looks like it's been dipped in chocolate instead of just a slight dusting. The actual outcome is still pretty good, but it tastes more like I'm just eating dry chocolate frosted cereal (I should try putting milk in the bowl and see how it goes). The portions here seem off, maybe using half the cereal would make it more into a dessert instead of just an amped up cereal. I mean, it's still tasty, but that's because you're essentially just adding sugar and chocolate to something that's already "breakfast dessert".
Posted by Kate D at 09:39