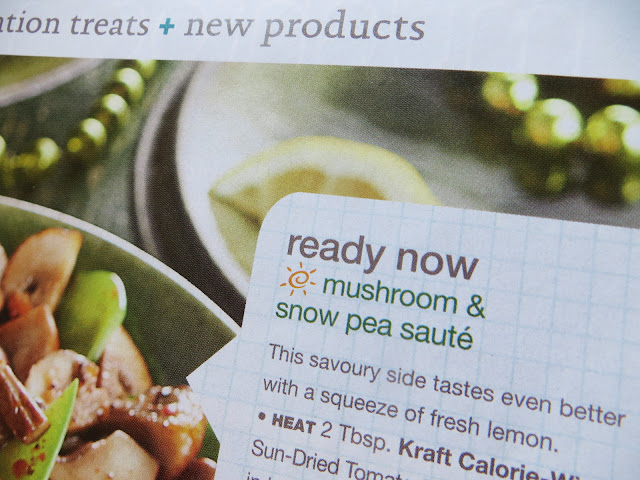 Well, since it's January and I'm sick to the gills of heavy holiday food, I'm going to start this What's Cooking edition with a lighter recipe. This is one is a three-ingredient recipe that's meant to be quick and basic and reasonably healthy. The idea of using salad dressing as a cooking sauce is not a bad one, even if the execution here isn't amazing. 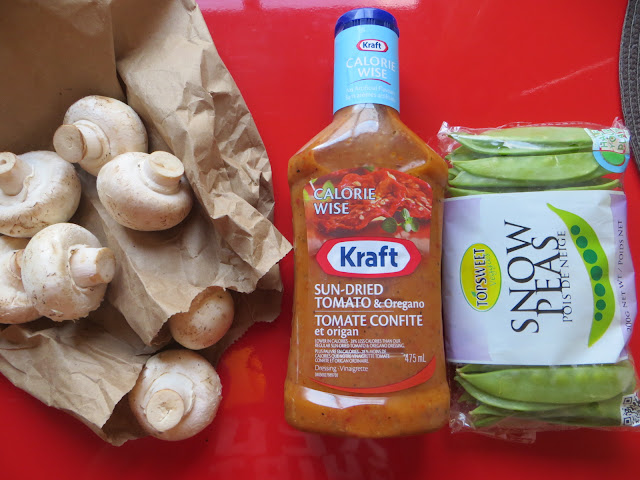 1. Heat 2 tbsp of the dressing in a skillet on medium-high. Saute the mushrooms for 2-3 minutes until lightly browned. 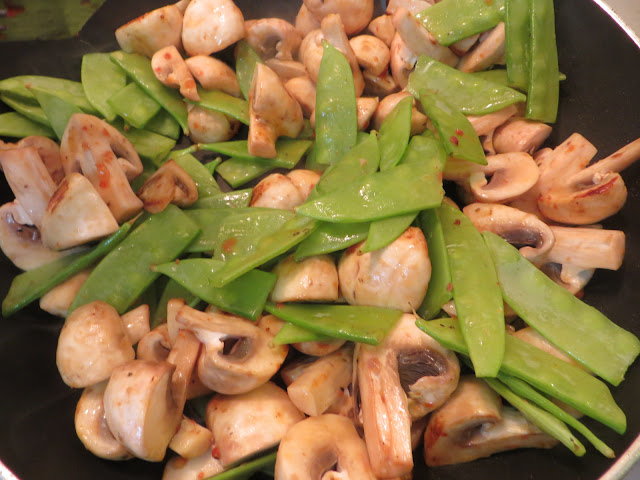 2. Add the remaining tbsp of dressing and the snow peas and saute for 2 minutes. 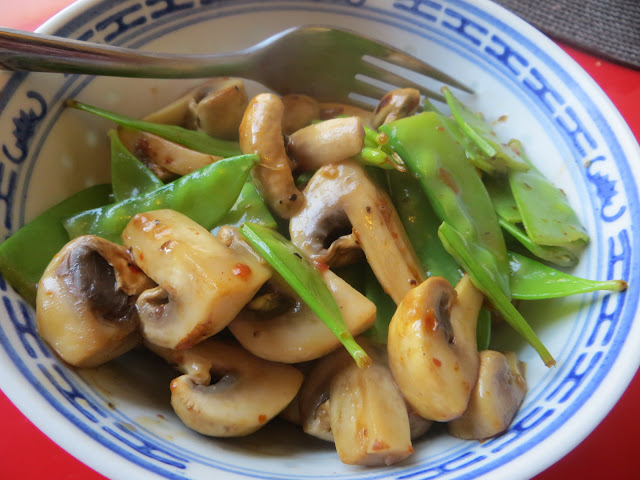 The upside here is that the dressing does work really well as a cooking medium, though it smells exactly like cheap pizza sauce. The downside is that the mushrooms aren't fully cooked - they're whatever the mushroom equivalent of al dente is. They're definitely not raw but they retain a bit of not-quite-cooked texture. The dish is also, well, not bland but ... straightforward. The flavours work together but they don't make me go "wow!". Adding the suggested splash of lemon juice makes it pop a bit, but if I was going to make this again, I'd cook the mushrooms a few minutes longer and maybe add something spicy to make it really zing. It's not a bad recipe but it could definitely be improved without sacrificing ease or calories.
Posted by Kate D at 12:51