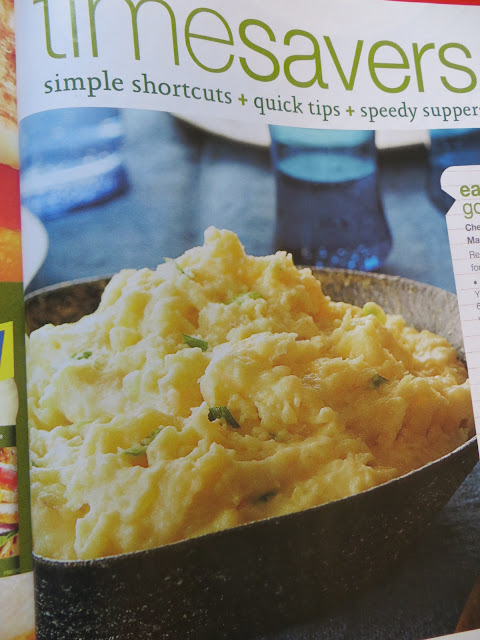 The last recipe from Kraft's 2012 Holiday season What's Cooking Magazine is what looks like a reasonably straightforward mashed potato recipe - the catch being that it's meant to be made ahead and then reheated instead of eaten straight out of the pot while being told to leave some for the rest of the guests. 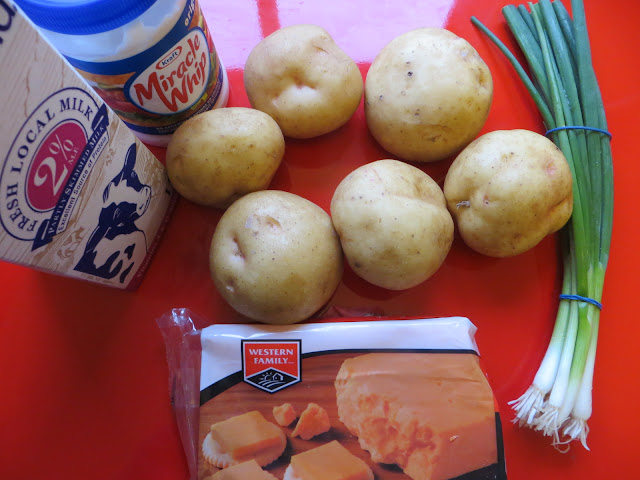 1. Peel the potatoes and cut into chunks. Boil in a large pot 15-20 minutes, until tender. 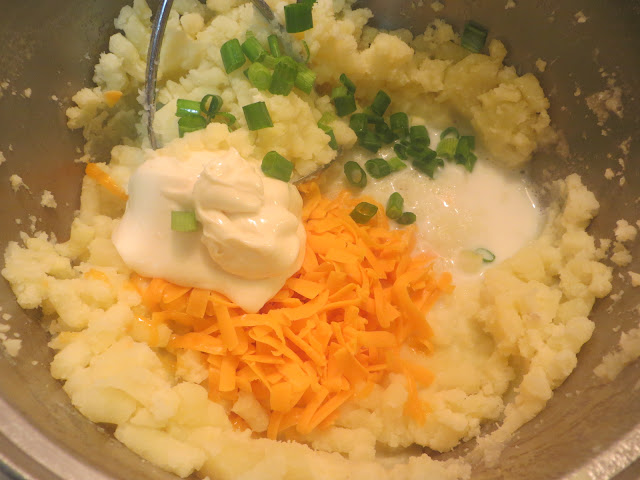 2. Mash potatoes, then stir in the milk, cheese, Miracle Whip, and green onion.

3. Refrigerate until ready to serve, then spoon into a microwaveable bowl and microwave on High 5-7 minutes, until heated through, stirring occasionally. (This is presumably for the entire dish). 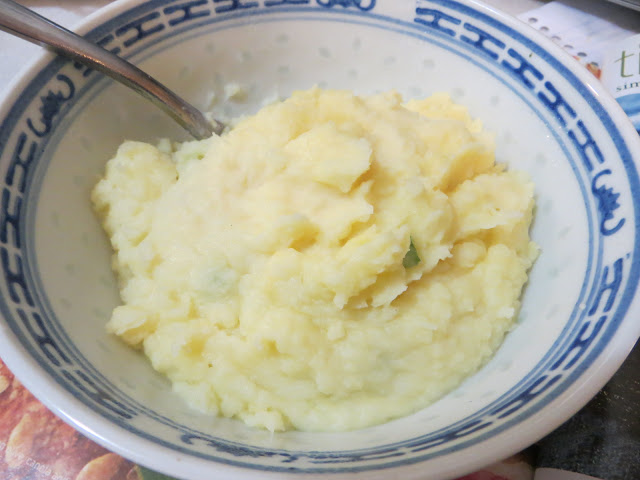 I really like mashed potatoes, but I  normally make it with just milk and butter. I tasted this three ways - hot out of the pot, cold from the fridge, and microwaved after cooling as the recipe suggested. Hot out of the pot, the combination of the Miracle Whip and the fresh green onion gave it a flavour similar to potato salad. It was also distinctly smooth and creamy, and generally pretty nice. Eating it cold out of the fridge was, well, cold mashed potatoes. I like cold mashed potatoes. However, reheating it according to the recipe gives you something distinctly different from hot out of the pot - the green onion has lost most of its flavour by then, and the texture turns into something almost too creamy and liquid. It wouldn't be able to hold a gravy pool like this, which is clearly a serious problem when it comes to mashed potatoes!
Posted by Kate D at 11:07