So, I've now tried five new recipes from What's Cooking: Festive '12. I tried to cook them as close to possible to the recipes, so here's the outcome. 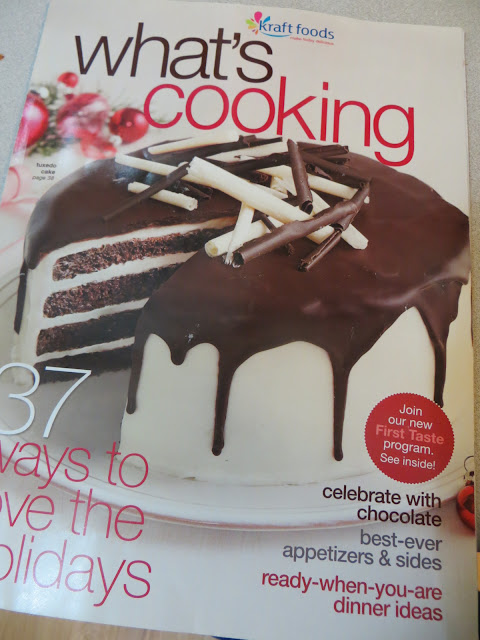 For something that's basically a nicely bound advertisement, not bad. I mean, it's a branded cookbook, so What's Cooking is first and foremost set up to sell Kraft products. However, as far as branded recipes go, this is the better end of it - it's pretty much a full magazine, there definitely has been a lot of thought put into it, and it has the bonus of being Canadian so it actually matches up with our not-quite-American kitchen measurements and has stuff that's generally found in Canadian grocery stores.

As for the actual recipes, on a whole, they seemed to be good and perfectly edible but nothing completely knocked my socks off. Some need a bit of tweaking - the Chocolate-Marbled Banana Bread needs some adjustments so it's less toasted on the outside, while the Reindeer Munch needs to fix the ingredient proportions. Both the Mushroom and Snow Pea Sauté and the Wagon Wheel-Chili Skillet were tasty, but seemed to be missing something I couldn't put my finger on, it's like they both needed something extra to make them pop. The Cheesy Make-Ahead Mashed Potatoes were the closest thing to a flop - despite the pretense of the recipe they tasted great freshly made, but not when made ahead.
Posted by Kate D at 11:42