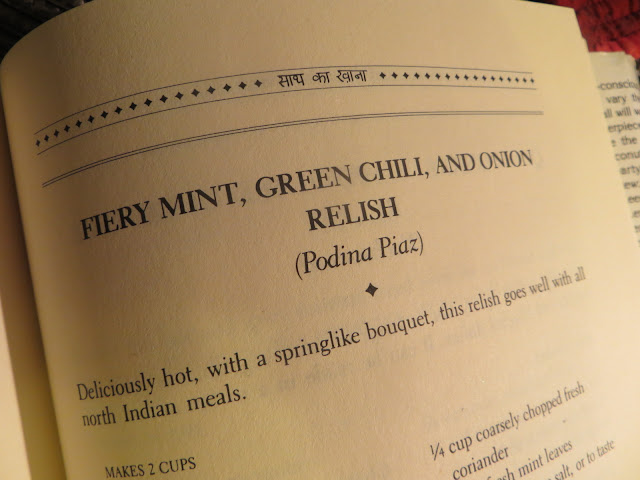 The author of Classic Indian Vegetarian and Grain Cooking warns that this relish is going to be spicy, and I'm pretty pleased to have found a cookbook where they actually mean it. It's basically ground chilies with a bit of extra ingredients for flavour and body and it packs a wallop. 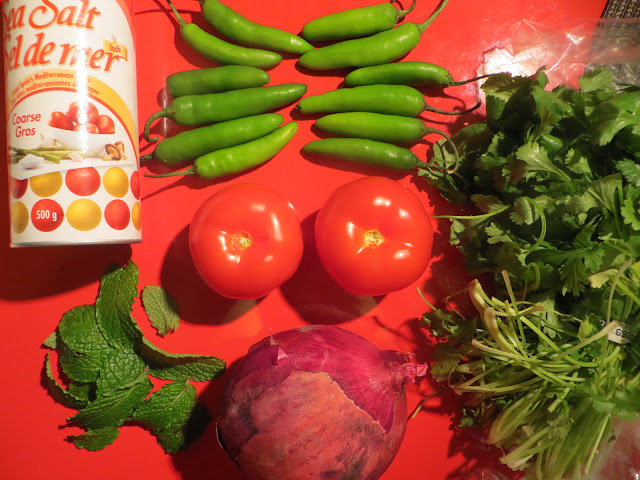 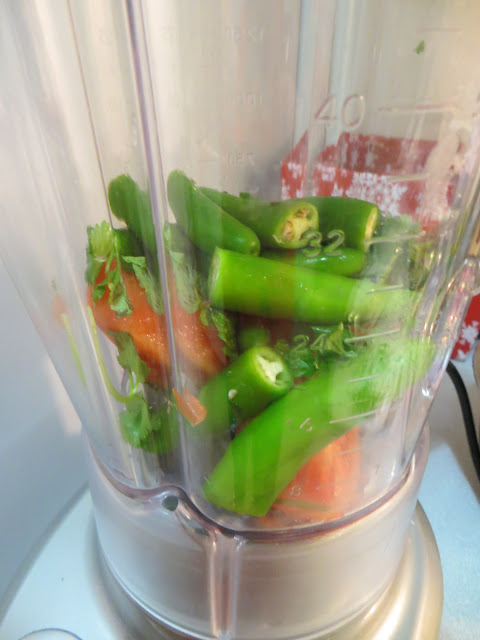 1. Put the sliced onions in a bowl, then put half the tomatoes in the blender and add "all the other ingredients" except the salt. The cookbook seems to imply that you don't blend the onions, but isn't completely clear on the point. Blend until pureed.


2. Add the rest tomatoes and chop for a few seconds, just to chop the tomatoes roughly.

3. The recipe ends here, but presumably you then mix the puree with the onion and add the salt.


I put this on top of some plain rice and peas, just to make sure I got the full flavour. This is wonderfully, gloriously, brutally spicy. Once again, the recipe's steps weren't completely clear, but the result was really good. I'm a big spice head and this had me sweating. The mint and cilantro add a bit of extra flavour, but mainly the combination of raw onion and hot chilies takes you by the throat. This relish also seems really versatile, you could top pretty much anything - rice, fish, chicken, pakoras, samosas, etc - with it and it would work. The book's explanatory notes explain that "hot green chilies" can cover pretty much anything from serrano and jalapeno peppers to milder anaheims, so there's wiggle room here for non-spice heads.