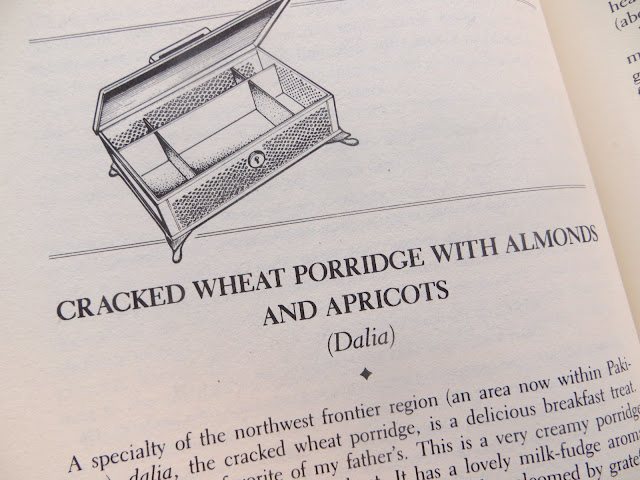 The vegetarian Indian cookbook seems to lean heavily towards northern Indian dishes, including this bulgur breakfast porridge from along the Pakistani border. This recipe is definitely a lesson in making sure things don't burn - get ready for a lot of stirring! 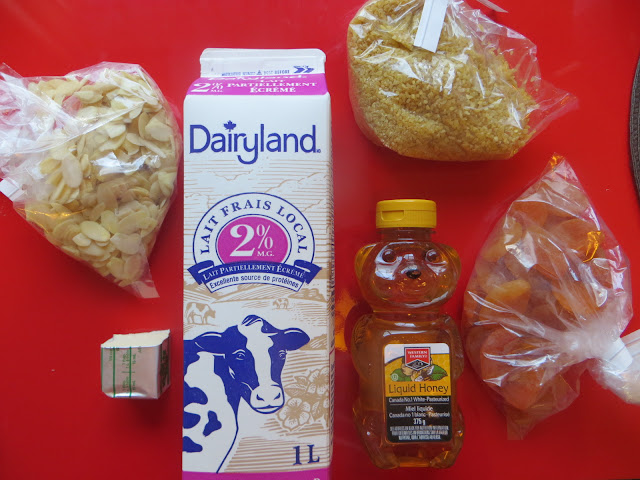 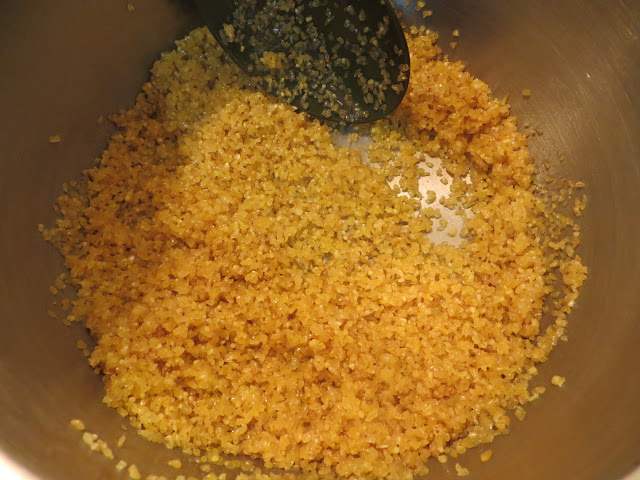 1. Melt the butter in a medium saucepan. Add the bulgur and fry in the butter over medium-high heat for about 10 minutes until browned. The recipe says "stir often", and they do mean often, since after the 5 minute mark there's a good chance the wheat will burn if you let it sit too long. 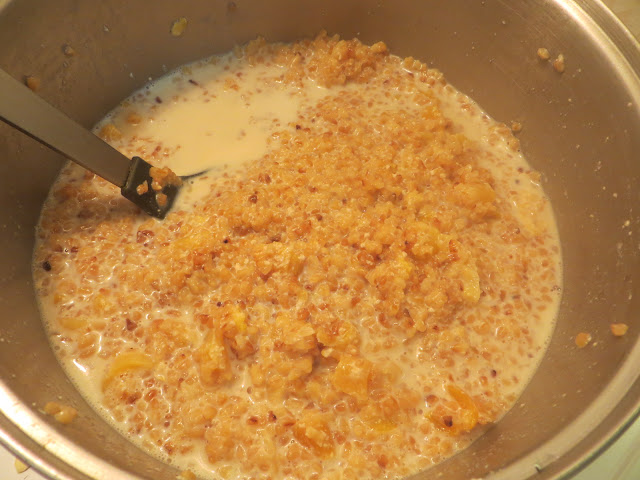 2. Add the water, 2 cups of the milk, and the apricots - bring to a boil. Lower head and simmer for 15 minutes uncovered, stirring often. Turn off the heat, cover the pot, and let sit for 10 minutes.

3. Add in the rest of the milk, the honey/jaggery, and mix well over low heat to warm it back up. Top with the nuts and serve with extra milk and sweetener on the side. 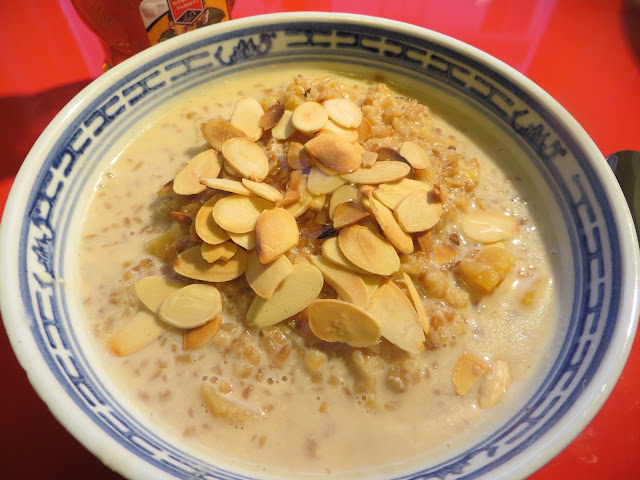 This is a mildly sweet, milky porridge. It's pretty good - toasting both the almonds and browning the bulgur means that it has a nice nutty taste. You lose a lot of the apricot flavour from the boiling, however - if I made this again, I'd probably add in the apricots later. I'm not entirely sure about the texture, adding in the extra milk makes it very soupy and since this dish is new to me, I'm not sure if it's meant to be like this - it really didn't need any extra milk added to it. I do want to rustle up some jaggery and see if that changes the flavour compared to honey. Maple syrup would also work really well as a topping for this.
Posted by Kate D at 14:00